When I've moved to London was late autumn and everywhere I was seeing people wearing red poppy pins on they suit collars/scarves/jackets. At some point, I was approached by a charity worker that explained to me the meaning of the red poppy.

Remembrance Sunday is held in the United Kingdom and the Commonwealth of Nations as a day "to commemorate the contribution of British and Commonwealth military and civilian servicemen and women in the two World Wars and later conflicts". It is held on the second Sunday in November, the nearest Sunday to 11th of November, Armistice Day, the anniversary of the end of hostilities in the First World War at 11 A.M. in 1918.

Across The United Kingdom, Remembrance Sunday is marked by ceremonies at local war memorials in most cities, towns, and villages, attended by civic dignitaries, ex-servicemen and -women. Wreaths of remembrance poppies are laid on the memorials and two minutes' silence is held at 11 A.M. Church bells are usually rung half-muffled, creating a sombre effect. But bikers are as well humans, and we commemorate too. How? Attending to the commemorating motorcycle ride -Ride Of Red- Ride Of Respect.

Ride Of Respect organizes two events on Remembrance Sunday. In the South of England, riders in red clothes ride around the M25, to form a huge ‘poppy’. In the North, the same thing happens on the M60. The ride is dedicated to the armed forces and this unique event is called Ring of Red. The event is held on an annual basis and it is open to riders all across Britain. The event has been held every year since 2013 and it is held as a part of the wider Ride of Respect initiative. The organizers share information about the event via their Facebook page https://www.facebook.com/www.therideofrespect.co.uk/?fref=ts and the Ride of Respect website http://www.therideofrespect.co.uk/. This is an event for bikers on Remembrance Sunday every year - the 2017 ride will be on Sunday 12th November.

Ring of Red is the brainchild of Julia Stevenson. Julia stepped back a few years ago from the organising due to personal reasons and since then Ali Scott has organised the 2014 & 2015 as the lead organiser with a team of helpers, and then in 2016 Luke Eastwood came on board of the team and co-organised with Ali last year and this current year event. Since 2015 they have also run the Ring of Red M60, which is organised by Jeanette Kiely. The idea behind the ride is to create a humongous ring of red, symbolizing the poppy, on the M25 and M60 motorways.

Julia’s idea was to create the world’s largest poppy in order to pay her respects to the armed forces, and this resulted in the first successful Ring of Red in 2013. One of the major goals of the event is to raise funds for the Royal British Legion.Julia Stevenson said: "I had a dream of making the M25 into a ring of red to create a poppy... and now we have thousands of bikers wanting to achieve this.This is an opportunity for the biking community to offer a mark of respect to those who have fallen defending our freedoms and liberty."

And now is our duty to help Ali Scott, Luke Eastwood, Jeanette Kiely and the rest of the team to make it possible!!!

From the website, we find out that "the aim is to get all the bikers SAFELY from each meeting point onto the M25 so that by 1330 hours all riders will be riding round the M25 CLOCKWISE and in the process the front riders from one junction meeting with the last riders of the previous junction. Riders can choose where they get on and get off, THERE IS NO SET ON OR OFF POINT!!! So that we can join up all the riders from all the services all riders will need to be on the M25 for at least 30 mins so we can make the ring!"

From the website, we find out that "the ride out to the M60 will be leaving the meeting point at Birch Services ANTI-CLOCKWISE (WESTBOUND) to get onto the M60 for approx 1330 hrs ***TIMES MAY CHANGE SLIGHTLY IF A number of BIKERS are LARGER THAN EXPECTED***** It is expected that all riders will do one lap of the M60 and return to Birch Services". 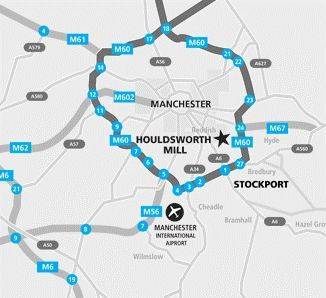 If you want to help and donate -> http://www.therideofrespect.co.uk/donate-to-our-causes If you want to purchase an official Ring of Red shirt to wear on the day (all other Ride od Respect merchandise for current and past years) http://www.madebyveterans.org.uk/

For more info and to keep you updated please visit the above links and join us!